One of the things that is a by-product of international travel for me is that when I get back into the Pacific Time Zone (the best zone of all I might add!) I wake up ready to go at 3… that’s great if I’ve got Petey’s job, but I don’t. I’m not much for tossing & turning either – the whole idea of ‘trying hard to relax’ kinda defeats the whole purpose of sleep in my book. So, I come downstairs & think. 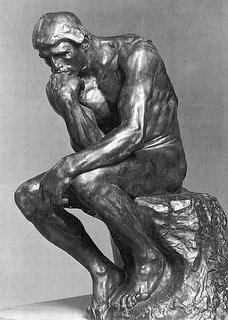 Thinking is not usually hard work, but having your brain think it’s noon while its only 3 seems to cause my CPU (central processing unit) turn to jell-o, which is good if you’re Bill Cosby, but not so good otherwise. So instead of deep productive thoughts, I go random to unclog the machinery.

Thinking on school… 1 test & this semester is toast. 2 more to go for this go round.

Friendship is underrated – of all the things that I missed while in Frankfurt, friends were 2nd on the list, preceded only by #1 – my own bed.

People in Germany say they live in the West. I laughed the first time I heard it said, because they are 5500 miles way east of me & everything I consider to be in the east. Maybe its because they look to the “true east” of the orient or the russkies to be “the east” & because they’re west of those areas, they’re west. Maybe its more a culture or world view. I’ll have to ponder that. Anyway, regardless of where they live or their nationality, people in “the West” seem to struggle with many of the same issues: insecurity. fear. unforgiveness. guilt & shame. pride. lack of self-control manifesting in severe depravity. inability to prefer spouse over other relationships.

It’s interesting to me that when we “be being” transformed by the Holy Spirit, our own culture, habits, & proxemic distinctives are overwritten with a new “program” for lack of a better word. That’s why we can have more in common with a Christ-follower in a foreign land than with a blood relative. Truly knowing & being known by Christ places new DNA in us, & what was true of us before is not necessarily the case any longer.

8 thoughts on “random thoughts at 3”