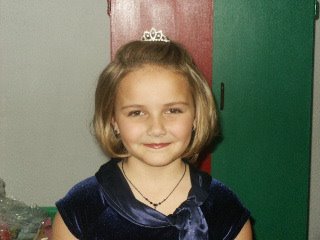 In going through the nightly ritual of “Tucking In” of the Weez, we had one of our “deep thoughts” conversations.

Weez: I love you so much daddy.

Daddy: Why is that Weezer-brooks? {one variation of 50 that are commonly used as a term of endearment}

Weez: Because you are a pretty nice guy.

Daddy: do you really think so?

Weez: Well, most of the time. Pretty much. And your belly doesn’t touch your knees.

Daddy: Are you happy about that?

Weez: Yes. {talking speed increases 20x} Because at Super Walmart, there was a girl who’s hair came out wrong – I’m pretty sure it was wrong because it was red & green & blue & she was sooo skinny she looked like a toothpick, a real toothpick & her hair came out just wrong. And she was kissing on some guy that was her boyfriend probably her boyfriend because they were kissing, like really kissing each other and it was gross but he had a small shirt on & his belly went all the way down to his knees and it was gross & the girl looked like a toothpick & the guy had a belly that went to his knees & they were kissing & it was weird & gross. {deep breath} I love you so much, daddy.