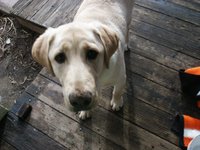 We’ve had Moby, a yellow lab, since about August. One of the things we’ve discovered is that Moby gets lonely by himself. So, we’ve been on the lookout for another dog, preferrably a small one, that can be his buddy. 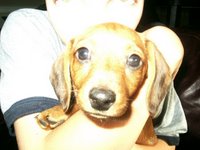 A family we know got a dachshund puppy & then found out that they were allergic to her. We saw the 10 week old & thought she’d fit the bill, especially when she gets bigger. Weezer thought of a great name for the new puppy – Pastor Jack, though we’ll call her PJ for short.

Now, they’re playing well together (in short, supervised bursts of hide & seek,) & we’re having lots of fun watching them play. 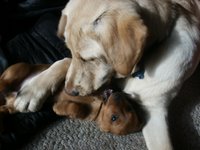 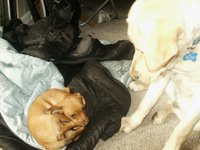