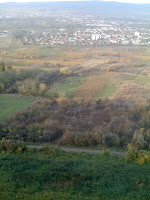 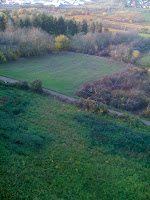 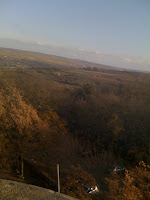 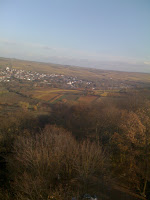 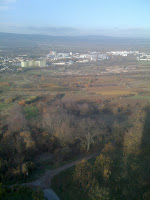 Today, we had a leisurely day – ate pancakes (blueberry & quark) & sat around the house in the sun; Nowhere to go, nothing to do, except enjoy the sun – & Alex & Linda. We sat at the table & talked; Later I wrote (I’m working on “Revolution of the Soul”.) & got my stuff ready for the next phase of the trip – the Pastors Conference in Oberwesel, about 30km from Mainz. 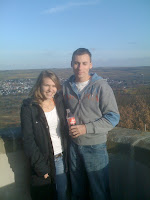 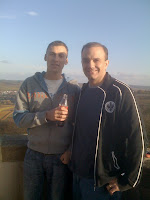 Then, this afternoon, we decided to go to Ingelheim & Bad Kreuzberg, where my hosts took me up to an old tower – we climbed up inside it & I took pictures of the surrounding landscape… but didn’t go too near the edge. There’s also a picture of Alex & Linda & Alex & me, with my HUUUGE melon blocking Alex, leaving him in the shadows behind the VIRTUAL planetoid, like sputnik, quite pointy in parts…

Later, in Bad Kreuzberg, we walking through the hillside vineyards. There is something very soothing to me, standing amid the symmetrical rows of vines, knowing that no matter where I look, the vines are laid out in straight lines in every direction. Absolutely awesome, (& a little OCD…) 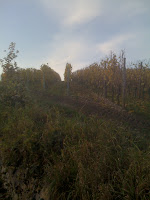 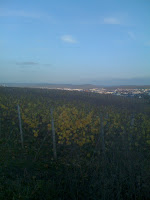 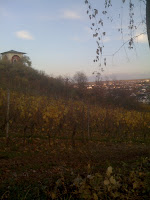 We found a mexican restaurant – something new for me (& them) in Germany, so we went in – had nachos, chicken fajitas, & tamales. Very authentic – & cheesy, like the best really dicey American take on mexican restaurants are, down to the ‘mix-tape’ of spanish versions of the moody blues, simon & garfunkel, & george michael. Very nice – & the food was not bad. Ate til full.

We made our way home & watched a movie with Liam Neeson – brand new, called, Taken a “spy’s daughter got kidnapped & sold into white slavery so he’s going to get her back, no matter what” movie. Better than Bond, I’ll tell you that – quite the action flick, just the kind that theBean would not only absolutely refuse to watch if she knew the premise, but further, she would never sit down throughout the whole thing if she actually watched it. I liked it.

Now its late, & I’m headed for bed. Big day tomorrow – to TPLF (yay) & then to Oberwesel. Thanks for praying for me.