I know that water & electricity don’t mix – but from personal experience, its not like that is what you’re thinking about while doing a baptism… the life-change that is represented, the joy of the new birth symbolized in baptism, that’s what is at the forefront of thought, that & sharing the moment with loved ones. Plus, a microphone doesn’t “seem” electrified… it breaks my heart. 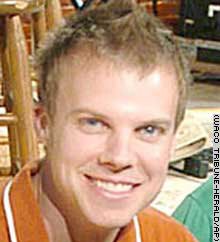 Pastor electrocuted while performing baptism
WACO, Texas (AP) — A pastor performing a baptism was electrocuted inside his church Sunday morning when he adjusted a nearby microphone while standing in water, a church employee said.

The Rev. Kyle Lake, 33, was stepping into the baptistery as he reached out for the microphone, which produced an electric shock, said University Baptist Church community pastor Ben Dudley.

Lake was pronounced dead at Hillcrest Baptist Medical Center, nursing supervisor Pat Mahl said. The woman being baptized apparently had not stepped into the water and was not seriously injured.

Pastors at University Baptist Church routinely use a microphone during baptisms, said Jamie Dudley, the wife of Ben Dudley and a business administrator at the church.

“He was grabbing the microphone so everyone could hear,” she said. “It’s the only way you can be loud enough.”

About 800 people attended the morning service, which was larger than normal because it was homecoming weekend at nearby Baylor University, Dudley said.

Lake had been at the church for nine years, the last seven as pastor. He is survived by his wife, Jennifer, a 5-year-old daughter and two 3-year-old sons.

At a remembrance attended by about 1,000 people Sunday night at First Baptist Church, Ben Dudley told the UBC congregation that they would move forward as a church.

“I don’t know how, when, why, where or what’s going to happen, but we will continue as a church in the community because that is what Kyle would have wanted,” he said.

Copyright 2005 The Associated Press. All rights reserved.This material may not be published, broadcast, rewritten, or redistributed.